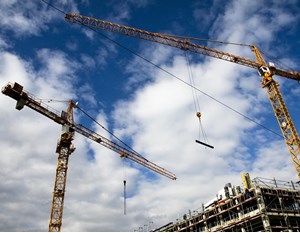 Find out which markets are adding the most significant number of housing units and the story behind their growth.

Did you know Florida real estate markets are benefitting from a favorable climate for growth? Population increases, job gains in high-paying sectors, a business-friendly environment and the backlash against New York’s rent control legislation have all boosted development activity and brought investors in the Sunshine State.

During the last decade, immigration trends have added about 2.5 million residents to Florida from Latin American countries. Since 2014, the state has been ranking third among the nation’s most populous, right behind California and Texas, with an estimated population of 21.3 million as of 2018. This has been feeding demand for rental apartments and, as expected, development of new multifamily properties. Currently, there are a total of nearly 72,000 units underway in the region’s largest markets, Yardi Matrix data shows. Close to 56,000 are anticipated to be delivered next year. So, we ask: What cities are growing the fastest? 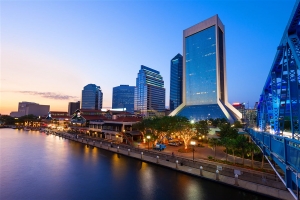 The city on St. John’s River has seen a continuous increase in new apartments inventory over the last three years. The number of units completed through November—more than 2,700—represents 2.4 percent of current housing stock, placing Jacksonville in the fifth position among Florida’s cities. Development continues at a rapid pace since there are nearly 5,300 units underway in the metro.

One of the underlying reasons for this is the above-average population growth—2 percent in 2018. The largest share of new residents (19,900) are coming from other cities in Florida as well as neighboring states. Jacksonville’s skilled workforce is helping sustain job gains with the employment growth rate at 2.3 percent as of July. The city is also part of Duval County, one of the top 10 richest counties in the state with a gross domestic product of $59 billion, according to the U.S. Bureau of Economic Analysis.

Fort Lauderdale is one of the state’s most attractive places for young professionals, some of whom are relocating from larger cities such as Miami and New York. The metro’s professional and business services sector is the second largest, right after trade, transportation and utilities. It also leads the way in job gains, with nearly 7,200 positions year-over-year through July, according to the Bureau of Labor Statistics. Also, the number of highly educated residents exceeds the national average.

This has led to a jump in multifamily development, which peaked in 2017 when more than 4,000 units were completed. The number of apartments delivered through November (nearly 2,500) represents 2.5 percent of total stock, positioning Fort Lauderdale in the fourth spot among Florida’s metros.

Ranking third, with nearly 5,200 apartments (2.8 percent of total stock) added to inventory in the first 11 months of the year is Tampa. Here, too, demand for housing is fueled by highly skilled workers, some relocating from cities like Orlando and New York. Actually, a third of the metro’s jobs were in high-skill, high-wage sectors, as of September.

The city’s population is also on the rise, with a 1.9 percent growth rate, three times the national average. The market is responding with complex mixed-use constructions like the $3 billion Water Street project, expected to house 13,000 workers and 6,000 residents when completed in 2026 or 2027.

One of Florida’s star cities is Orlando, which ranked second in our list of fastest growing cities in 2019 with apartment completions through November representing 2.9 percent of total stock. The metro benefits from strong demographics, which continue to fuel the fast pace of residential developments. Currently, roughly 15,200 units are underway in the metro.

The city’s population growth rate exceeded 2.2 percent in 2018, with Millennials taking advantage of Orlando’s cultural buzz. In fact, the 25-29 age group represents the largest share of its population. The number of university graduates has also been on the rise and this is reflected in Orlando’s economic landscape. The professional and business services sector added the highest number of jobs in the 12 months ending in July—more than 16,400—followed by leisure and hospitality with more than 9,900 positions.

At the top of our ranking we find Miami. The city’s housing stock has been expanding the fastest, with multifamily completions as of November representing nearly 5.4 percent of existing inventory.

The above-average employment growth—2.5 percent as of July—has contributed to a healthy demand for rental housing, and the number of apartments being built in the city has been trending upwards in recent years. Currently, approximately 16,200 units are under construction in the metro. The city is also benefiting from the wave of investors heading down south after New York’s rent reform. Significant capital is also being redirected to South Florida from Los Angeles, another gateway market affected by rent control.

Yardi Matrix covers all multifamily properties of 50+ units in size across 133 markets in the United States.