The Villages plan for 8,000 homes in Leesburg,FL

The Villages’ plan for up to 8,000 homes in Leesburg nearing final approval

LEESBURG — The Villages’ newest neighborhood is nearing final approval as “Florida’s Friendliest Hometown” continues to expand, with up to 8,000 homes spread across the space of 1,400 football fields in Lake County’s second-largest city.

City commissioners this week reacted favorably to The Villages of West Lake, planned near Florida’s Turnpike and County Road 470, south of downtown Leesburg, and further extending the fastest-growing metro area in the U.S.

Leesburg officials are eagerly anticipating The Villages’ arrival to the city of 22,000, excited for the jobs that the addition of a successful brand will mean. The Villages’ plans will be up for a final vote.

“With The Villages and what they’ve done to other communities that I’ve witnessed, having them as partners now, they have a vested interested in Leesburg,” City Commissioner Jay Hurley said. “Becoming a recreational community, none of us have really accomplished that, but they have.”

City Commissioner John Christian said he expects the commission to approve the plans, which would bring jobs in the construction, services and medical industries along with about $3 million to $5 million in annual property taxes after the homes have been built.

Development plans for The Villages of West Lake (City of Leesburg)

“It’s tremendous growth and tremendous tax revenue increases,” City Manager Al Minner said. “It shouldn’t be a burden on existing taxpayers — it’s really seen as development that pays for itself.”

While south Lake County and Sorrento have experience booming development, Leesburg has lagged behind.

Leesburg officials in May approved the sale of the nearly 2,000-acre former sewage spray-field site to make way for The Villages of West Lake.

But an Okahumpka resident worried about the impact of The Villages — which has a population of about 120,000 — will have on the small unincorporated community east of the development site.

“It’s a huge historic significance to us and I would hate to see it disappear and be just a blip,” said the Rev. Amanda Wilson of Corpus Christi Episcopal Church in Okahumpka.

If the agreement is approved, Minner said he was told construction will start in three years.

A spokesman for The Villages didn’t respond to a call seeking comment.

Traffic studies concluded that traffic at The Villages of West Lake will largely stay inside the retirement-community, calling only for an extension of Buena Vista Boulevard from State Road 44 south to C.R. 470.

Once build-out occurs, the same study says road-widening on C.R. 470, where the largest federal prison in the country is just down the highway, will be necessary.

Minner said Monday that the city and retirement community haven’t smoothed out details on how to pay for the upgrade.

“We’re not sure yet, we’re still talking about that,” he said.

“Thousands and thousands of acres” are being developed in Wildwood, City Manager Jason McHugh said.

“It’s my understanding they’re building about 250 houses a month,” he said. “It’s fast and furious.”

McHugh said job growth and the Villages’ “top-notch development” were factors in the city’s agreement for another 4,500 rooftops.

“The majority of our economy is based on The Villages,” he said, “with the service jobs they bring, the construction jobs they have, the hospitals and the assisted-living facilities they have.”

Have a great day! 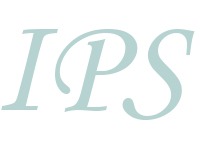